The Joint Admission and Matriculation Board, JAMB is set to decide on the cut-off mark for the 2018 admission processes into tertiary institutions on Tuesday, June 26, 2018.

The Head of Media and Publicity for the exam body, Dr Fabian Benjamin the meeting where the cut-off point would be decided would hold in Osun state.

Benjamin according to reports is optimistic that the meeting would produce good reports that would be acceptable to all stakeholders. 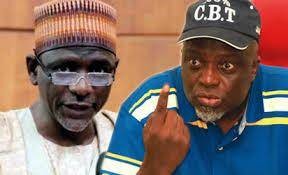 You’ll recall that few days after JAMB released the 2018 UTME results, Pulse reports the possible cut -off point for the 2018 university and polytechnic admission.

JAMB’s controversial cut off point in 2017

However, on August 22,  2017, JAMB announced a new and controversial cut off mark for universities and Polytechnics admission.

JAMB Registrar, Prof Ishaq Oloyede, said stakeholders unanimously agreed that the minimum cut off mark for university admission be pegged at 120 while that of Polytechnic, Monotechnics and College of Education is 100.

This policy caused so much controversy as some Vice Chancellors vow they won’t admit any candidate who scores less than 200 in his/her UTME.