Following the release of the 2019 UTME result and JAMB exam malpractise saga that rocked the country in the last One week, The Joint Admissions and Matriculation Board (JAMB) has now responded by releasing the list of suspended computer-based test (CBT) centres that are allegedly involved in the misconduct.

Is-haq Oloyede, JAMB registrar, on Saturday after much delay, announced the release of the results revealing that the board withheld the results of 34,120 candidates for various infractions during the examination across the nation.

He also added that 15,145 results were withheld for further clarification.

JAMB has now published the list of 22 CBT centres across the country with Edo, Ekiti, Abia and Nasarawa having the highest number of suspended centres, as published on the JAMB official website.

Four centres on the list are located in Edo, while Ekiti, Abia and Nasarawa have two centres included in the document containing the blacklisted centres.

According to JAMB, the centres were found guilty of offences such as charging candidates more than the authorised fees, registration misconduct, and conducting an unauthorised examination. 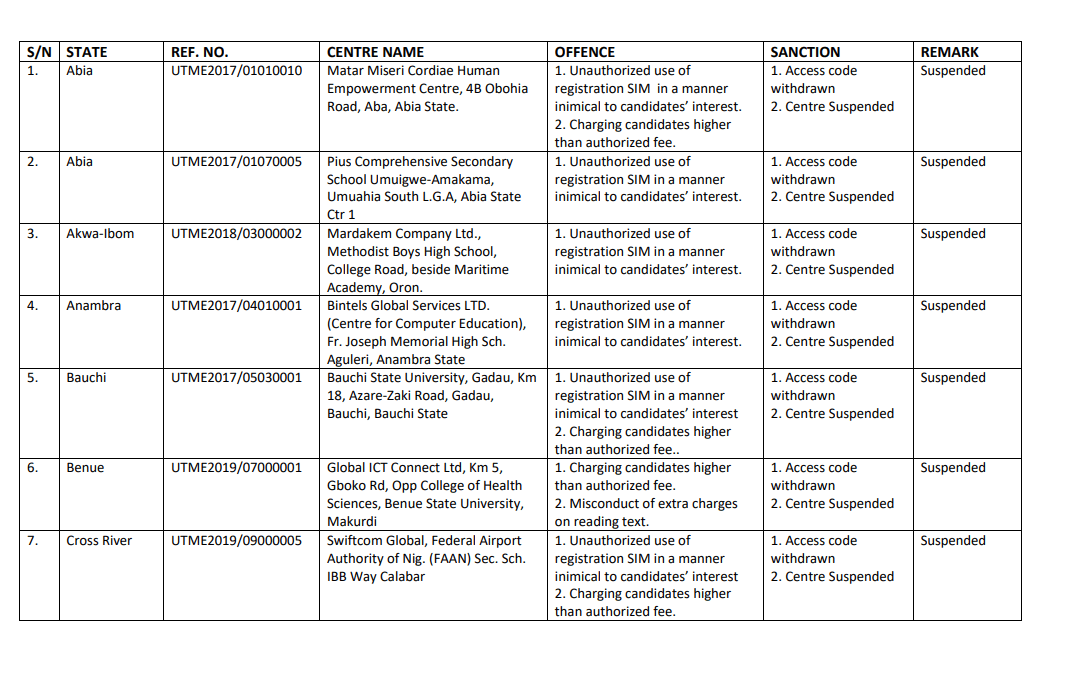 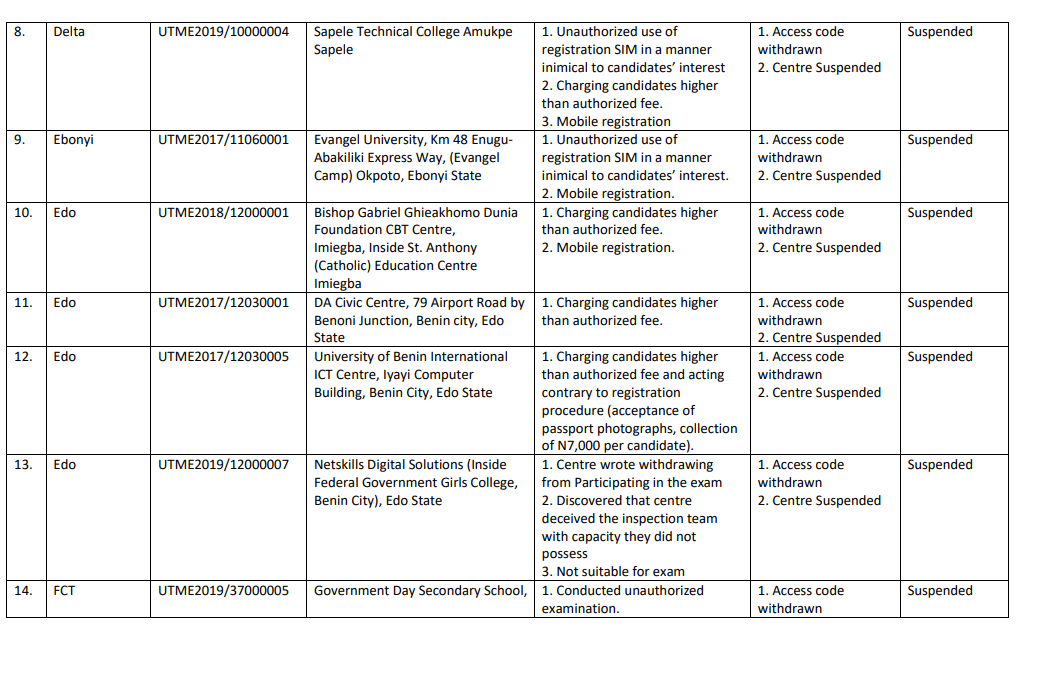 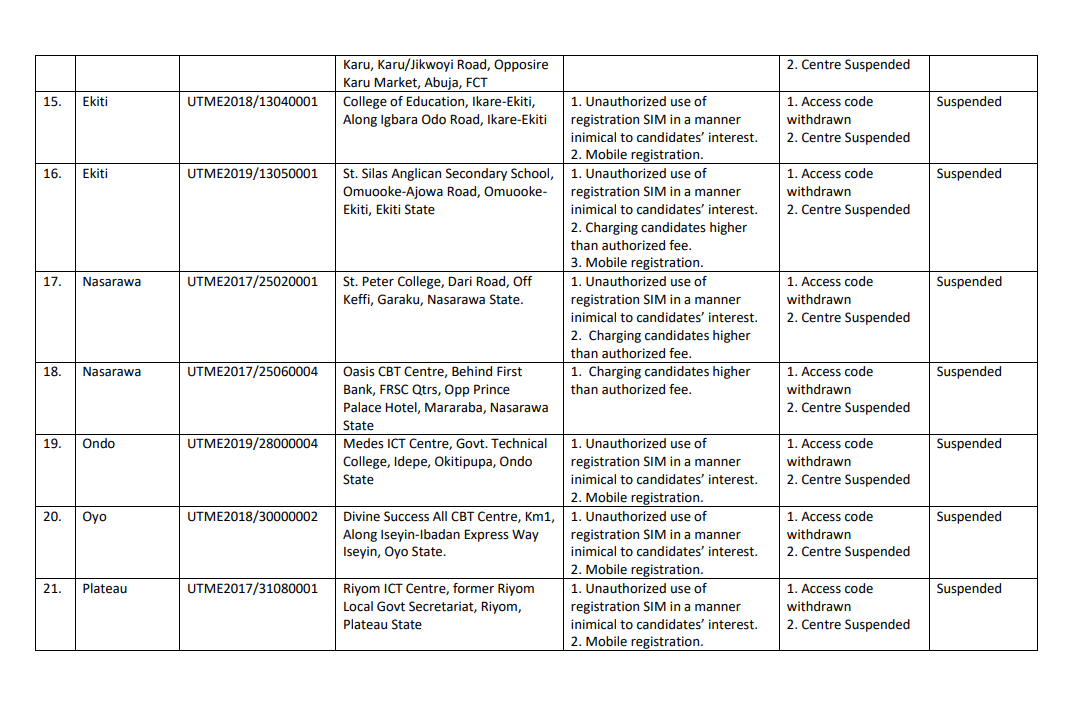