Home / JAMB / JAMB Releases Details Of Arrests Made During 2019 UTME

JAMB Releases Details Of Arrests Made During 2019 UTME

JAMB Releases Details Of Arrests Made During 2019 UTME…

Documentation by the Special Technical Task Team of the Joint Admissions and Matriculation Board reveals that more than a third of the arrests made over examination malpractice in the 2019 Unified Tertiary Matriculation Examination (UTME) was recorded in Bauchi State, showing that 48 out of the 136 suspects were arrested in Bauchi during the examination conducted nationwide from April 11 to 19. 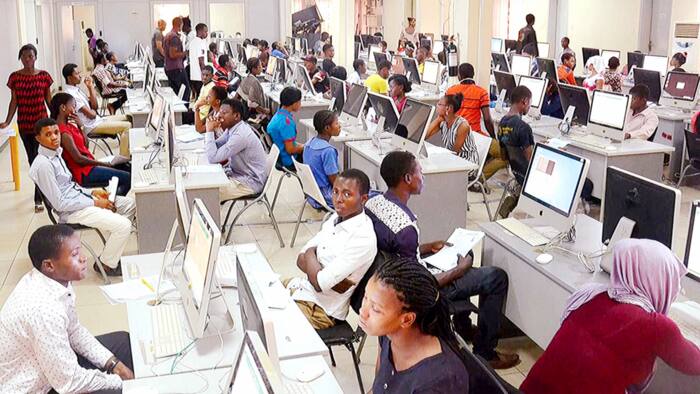 The document showed that the arrests were made in 23 out of the 36 states. Sokoto and Lagos states had the second highest arrests after Bauchi, with five persons each arrested for infractions during the examination.

The task team reported that the legal department of the state police command was vetting the case files of the suspects arrested in Bauchi State to determine the appropriate legal steps to take.

Further details on the case reveal that three of the five suspects arrested in Sokoto State have been arraigned in court. The two others were granted bail but their sureties were yet to produce them for trial.

More stories about how JAMB releases details of arrests

In Lagos State, three suspects have been arraigned in court for selling JAMB questions papers. The remaining two arrested in the state were granted bail but were yet to be produced by sureties too.

One suspect was arrested each in Kebbi and Kwara states. The board also arrested suspects for infractions in Gombe, Ekiti, Abia, Delta, Plateau, Oyo, and the Federal Capital Territory. The other states where arrests were made are Borno, Enugu, Adamawa, Rivers, Kaduna, Bayelsa, Edo, and Ebonyi.

2019 UTME: JAMB Releases List Of Suspended 22 CBT Centres… Following the release of the …